A4 drawing on edible paper with edible ink. The Drawing Center is pleased to announce Winter Term, a new annual initiative in which the museum will partner with an artist or organization whose mission it is to explore the transformative role that drawing can play in civic and global society. The yearly program, which will consist of public events, classes, and performances, as well as an exhibition, will build a community of people to investigate the efficacy of drawing as a tool for addressing inequity and encouraging social change.

In a world ever more in need of human connection and compassion, Winter Term will ask how drawing, the most universal medium, might extend beyond the gallery space to provide concrete tools for collective engagement and collaboration. In this way, Winter Term provides a new model for exhibition making, as well as for the role that art institutions can play in the real world. For the first session, which will take place from February 24 through March 11, , The Drawing Center has invited artist Torkwase Dyson to create an installation and organize a two-week series of classes, discussions, and formal experiments developed from her incipient project the Wynter-Wells Drawing School for Environmental Justice—named for Jamaican writer Sylvia Wynter and American Civil Rights leader Ida B.

The School will present an experimental curriculum employing techniques culled from the visual arts as well as design theories of geography, infrastructure, engineering, and architecture to initiate dialogue about geography and spatiality in an era of global crisis due to human-induced climate change.

Participation in each class will be by application only the afternoon sessions will be open to observation by the public. Confirmed invited guests include architect and author Mario Gooden; curator Rujeko Hockley; artist and designer Ekene Ijeoma; designer, artist, and urbanist Ron Morrison; professor and author Christina Sharpe; and architect and author Mabel O.

In addition, artist Andres Luis Hernandez will create a drawing score to which artist Zachary Fabri will respond in movement. The result of their collaboration will be documented in drawings and photography. Scroll down for details Times for all classes: 10am-3pm with a break between Noon-1pm 10am to Noon - open to participants only 1pm to 3pm - open to participants and the public to observe. Saturday, February 24 Torkwase Dyson will hold office hours from pm to pm in the Main Gallery. What is Climate Change? How are they different and what do they have to do with uneven development and geography?

This class will address these questions through drawing as it relates to time, motion, and transparency. Thursday, March 1 at 6pm RSVP via eventbrite here Panel discussion on North African nomadic architecture and other models of self-emancipation through architecture and design.

Moderated by Rujeko Hockley. Class 2: Architecture and Liquidity : What types of energy are available to us and why should we diversify and use less? This class will investigate diverse sources of energy and their site-specific pros and cons.

As a drawing project, it will consider hydroelectric power and gravitational potential energy as a way to examine state changes in matter and liquid. In addition, it will use the fundamental logic of elevation drawing to think through the science of water and the way in which it shapes space. Class 3: Nomadicity, Movement, and Improvisation : At a time when mass migration due to the effects of climate change is a critical question, artist and designer Andres L. Hernandez will guide the class through drawing as an interpretative act of movement. Dyson will hold a post activity discussion about nomadicity, movement, and improvisation inspired by the topic of self-emancipation through nomadic architecture, particularly that of North Africa.

At the end of the day, the class will respond by exploring the notion of the perfect curve while listening to a playlist created by DJ Jet Toomer. Gary Simmons, Ghost Reels , Mixed media, Site-specific installation. As part of its on-going stairwell project, The Drawing Center has commissioned American artist Gary Simmons to create a site-specific wall drawing in the lobby stairwell. Using white chalk on slate-painted panels or walls, Simmons blurred the drawings with his hands resulting in hazy but persistent images that evoke faded memories or classrooms at the end of the school day.


Judith Bernstein: Cabinet of Horrors presents a new body of work by the artist, specifically commissioned by The Drawing Center. Focusing on work made since Donald J. A series of free political campaign pins designed by Bernstein are available at the museum entrance. Bernstein began engaging with social issues in her work during the s, creating anti-Vietnam drawings, monumental phalluses, and pieces consisting entirely of her own signature. Through her new series of drawings, Bernstein transforms her critique into powerful graphic and text-based works.

Funding of all public programs associated with this exhibition is provided by Valeria Napoleone XX. Image: Judith Bernstein, Trump Genie , Acrylic on paper, 29 x 41 inches. Raha Raissnia, Alluvius 12 , Raissnia grew up in Tehran during the —79 revolution, and she often accompanied her father, an amateur photographer, on trips to the city center to document mass protests against the shah.

Mirroring this early experience in her current work, Raissnia surreptitiously continues to take portraits and photographs of everyday life as a course of habit. For The Drawing Center, Raissnia created the two series of densely-composed charcoal drawings on view—entitled Alluvius and Canto —by referencing images sourced from her personal archive of both original and found photographs and film, ranging from photographic slides of mosque architecture to iPhone films taken on walks through Manhattan and snapshots of friends, family, and strangers. 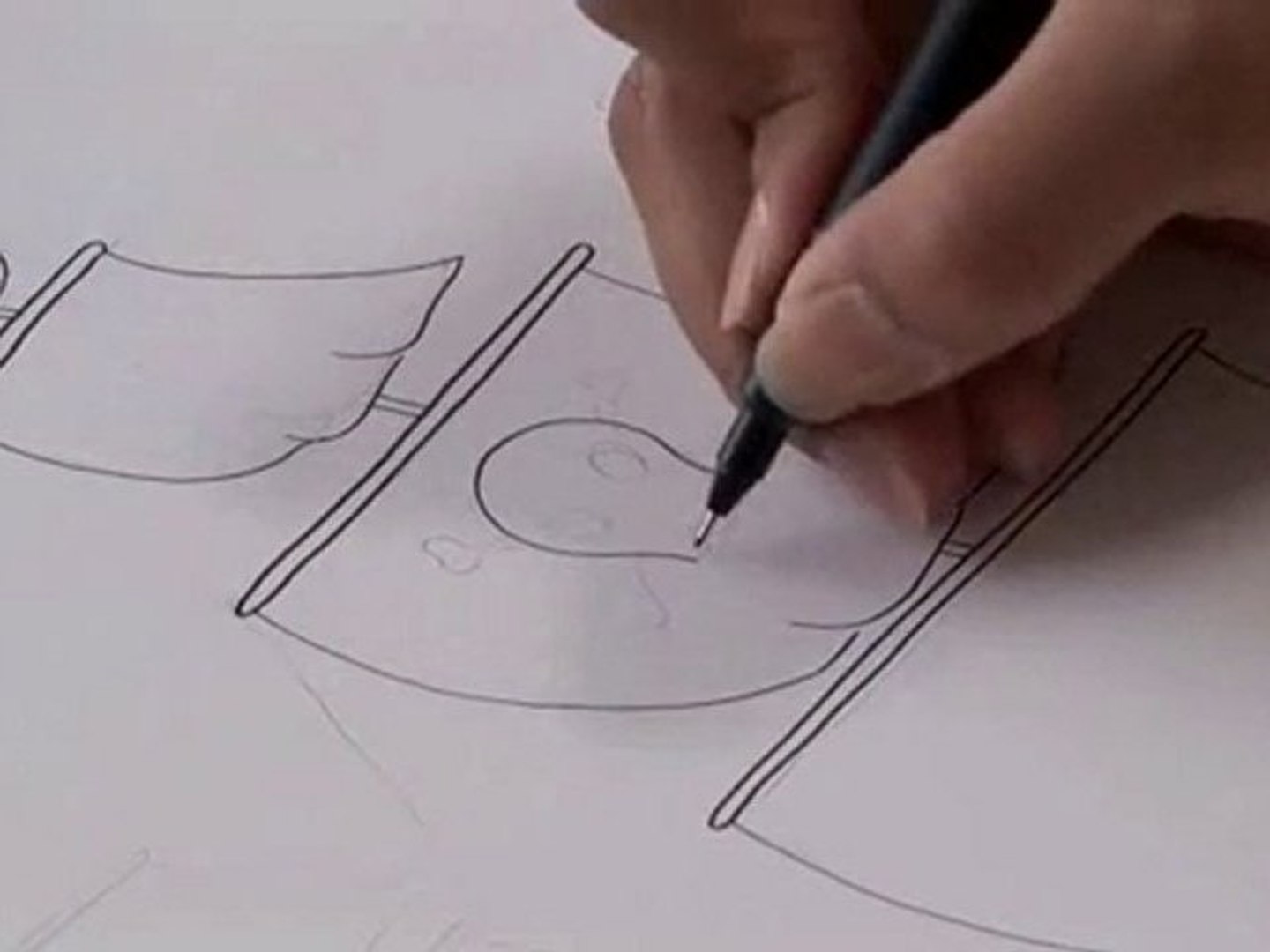 Rather than create direct copies, Raissnia intuitively abstracts her sources, laboriously rephotographing and drawing each image, transferring it between paper and celluloid, until it becomes unrecognizable and its meaning unsettled. Raha Raissnia: Alluvius engages drawing as a way to revisit, question, and change the images we use to construct personal, cultural, and national identity. Image: Raha Raissnia, Alluvius 12 , Eddie Martinez, Untitled , Silkscreen ink, oil paint, spray paint and enamel on canvas, 72 x 60 inches.

PRESS "Martinez has been swapping in new works as the show goes along, upping the ante on drawing from life—this is drawing as living. Image: Eddie Martinez, Untitled , The artists in this exhibition dissect spectacles of war, memorialize immigrant and refugee narratives, savor protest cinema and images produced by the paparazzi.

How to Draw Treasure Island : Drawing Books for Beginners

It provides unique opportunities for selected artists to find new approaches for contextualizing and exhibiting their work through exhibitions, public programs, workshops, and working dinners. The artists selected for Open Sessions may or may not draw as their primary means of art-making.

The two-year program engages musicians, architects, dancers, poets—anyone who is interested in expanding the boundaries of drawing. Open Sessions artists work together to create a dynamic, continuous conversation, viewing drawing as an activity rather than a product. Image: Slinko, Economy of Means , detail , , archival print, 44 x 68 inches. Jackie Ferrara : Lines consists of eight wall drawings, each anchored by imagined architecture or architectural elements along with lists of film titles rendered in Morse code. The Morse code acts as a foundation or band, interrupting the drawn architecture or adding another layer over the entire surface.

The underlying theme of the individual drawings is reflected both in the architectural element or shape dominating the drawing as well as by the Morse code text, which consists of curated lists of films Ferrara began compiling in that reflect her life-long passion for film. Vampire Towers , for example, depicts nine abstract, dark towers that emerge out of a foundation of vampire film titles veiled in Morse code.

Special thanks to Joyce Pomeroy Schwartz. Photo: Installation View, Lab Corridor. Photo by Martin Parsekian. John Zorn founded The Stone, a project space for experimental music, in At its former location in the Lower East Side, the venue hosted more than 7, music performances, spanning genres from avant-jazz to contemporary classical.

Zorn previously organized the series Basement Performances for The Drawing Center, six nights of events that explored the relationship between drawing, music, and cinema. Please arrive on time. We cannot guarantee entry or seating after pm, and we cannot offer refunds. Marco Cappelli is a guitarist known for his intricate compositions that blend psychedelic washes and funk rhythms. Cappelli was a resident at The Stone in Zeena Parkins is a pioneering harpist whose practice has links to performance art and avant-garde traditions.

Parkins, who had a residency at The Stone in , will also be a resident in August At pm we will begin selling standby tickets. Marc Ribot is a genre-crossing guitarist who began his career playing at local bars in Maine during the early s. Ribot was a resident at The Stone in Ikue Mori is best known as a member of the seminal No Wave band DNA, and her works combine drum machines and improvisation. Mori is paired with Craig Taborn, a pianist and electronic musician whose projects build outward from traditional jazz performance. Both artists were residents at The Stone in Originally from Lisbon, Sara Serpa is a singer, composer, and improviser, who has received widespread recognition for her wordless singing.

Since moving to New York in , she has been performing and composing jazz as well as improvised and experimental music. At The Drawing Center, Serpa will present Recognition , with Zeena Parkins, on harp, and Mark Turner, on tenor sax, a performance that will combine projected images with written and improvised music and invite viewers to reflect on Portugal's colonial past.

Serpa was a resident at The Stone in Brian Marsella is a composer and musician who was influenced early on by ragtime and classical music.